Lameness is the number one animal welfare issue facing the North American dairy industry. Lameness is painful, and cases can last from weeks to months. Severe cases that do not improve can result in the cow being culled from the herd. Cows experiencing pain are less likely to show signs of estrus, such as mounting and standing for mounting, since these behaviors are likely to induce further pain.

A growing body of research is showing that problems with cow comfort can increase the risk of lameness. In particular, increased time spent standing outside stalls on wet concrete and in manure slurry is associated with higher rates of lameness.

There is also now increasing evidence that lameness may be triggered during the transition period (generally accepted as the period beginning 3 weeks before and ending 3 weeks after calving). Physiological and behavioral changes during transition can damage the corium (the tissue that produces healthy hooves). This damage is not immediately apparent but results in poor hoof growth. The natural cycle of hoof growth and wear means that the damaged sections take 2-3 months before they become visible on the surface of the sole as hemorrhages and ulcers. This means that lameness cases that emerge during mid-lactation may have been triggered by changes that occurred during the transition period months earlier.

Two recent studies at the University of British Columbia’s Dairy Education and Research Centre were designed to investigate behaviors during transition associated with lameness and hoof lesions in lactating dairy cows. All of the cows in these studies were housed in free stalls.

In one study we measured the standing behavior of Holstein cows for 2 weeks before calving. We used video cameras to score where cows were standing (feeder, the feed alley, the alley adjacent to the stalls or in the stall). When cows were in the stall, we recorded if they were perching with two fore feet in the stall (see Figure 1) or standing fully in the stall. We also scored their hoof health for 3 months after calving. 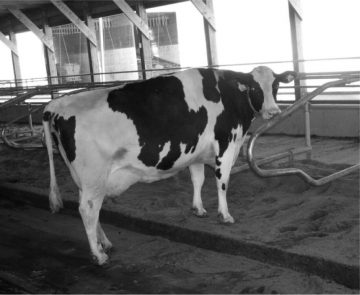 Figure 1. Cows that spend more time perching (standing with two feet in the stall) are more likely to become lame.

Any cows that were lame before calving or had other clinical disease were excluded from the study. Cows that only had moderate lesions at the end of the study were also excluded, leaving 13 cows with no visible lesions and 13 cows with severe lesions (5 sole ulcers and 8 severe sole hemorrhages). We compared the behavior of these two groups during transition.

Cows that spent 2 hours a day longer standing idle during the 2 weeks before calving were at higher risk for having either a sole ulcer or severe hemorrhage later in lactation. Most interesting was that this time was almost entirely spent perching with the two front feet in the stall (Figure 2). 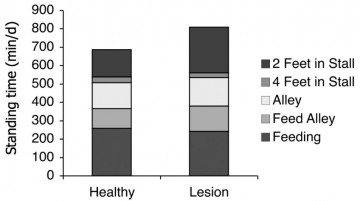 Figure 2. Standing behavior of cows, during the 2 weeks before calving, diagnosed as healthy or with a lesion at 15 weeks after calving.

In this study we also found that cows that spent more time perching with two feet in the stall during the first 3 weeks after calving were more likely to develop sole hemorrhages. Both the average and maximum time spent perching in the stall were associated with more serious and higher numbers of sole hemorrhages. Time spent feeding or lying was not associated with changes in hoof health.

Both studies show the negative effects of perching in the stall during the transition period. Longer perching times are associated with problems in the cows’ environment. For example, cows housed in stalls with restrictive neck rails spend more time perching because the neck rail placement prevented them from standing comfortably in the stalls.

Moving the neck rail further from the curb reduces perching behavior and can therefore reduce the risk of lameness. However, this change comes at a hygiene cost (because cows standing with all four feet in the stall are more likely to defecate and urinate in the stall) so extra effort in stall maintenance is needed.

Is this extra effort worthwhile? Changes in stall layout and management that reduce perching during the transition period will help to reduce lameness. Another option could be to create a lame cow pen with less restrictive neck rails. This would allow lame cows to stand with all four feet in the stall and give them a chance to recover.

We are grateful to Hanna Miedema for help preparing this report. For further information please email marina.vonkeyserlingk@ubc.ca or dan.weary@ubc.ca.

This report is based on two published papers (Proudfoot et al., 2010. Journal of Dairy Science 93:3970-3978 and Dippel et al., 2011. Applied Animal Behaviour Science 134:16-22). We thank the researchers and staff of the UBC Dairy Education and Research Centre for their hard work on the studies described in this report. This research was funded by the NSERC Industrial Research Chair in Animal Welfare with contributions from the Dairy Farmers of Canada and many others listed at the Animal Welfare Program.