Year 1 Seeding
The study was a split plot design. The main plot was split into 2 halves – one half was fertilized and the other was not fertilized. Then, the two halves were further divided into 5 strips each (60 ft * 700 ft). Each strip was seeded with one of the grass species. Each of the 10 resulting strips is just under 1 ac in size and all species were seeded at 20 pounds/acre (Figure 1) 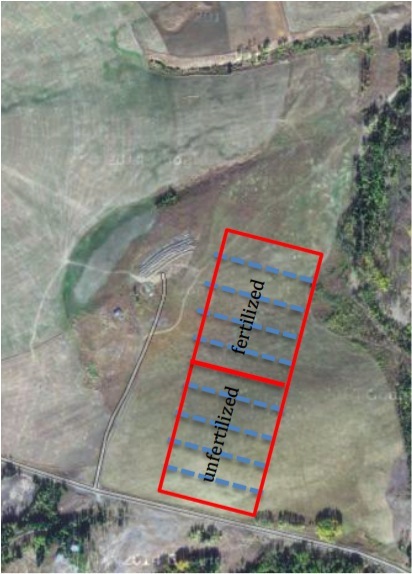 Figure 1. Research lay-out to study the effects of fertilized versus unfertilized areas on establishment, forage quality and yields into the winter season of 5 species of grasses.

Next Stages – Year 2
Year 1 was an establishment year and therefore no yields were collected. In year 2, the fields will be monitored for forage quality and yields into the fall/winter season.