July 27, 2015 – Irrigation tables are custom-made to fit over the plots. Pressure-compensating drip emitters ensure an even distribution of water over the plot 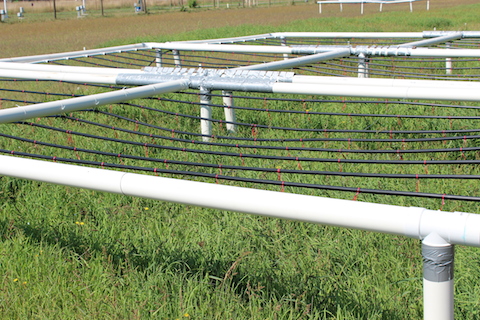 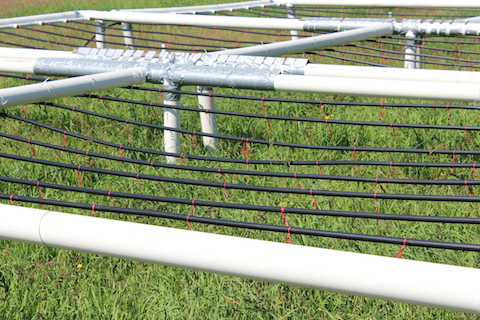 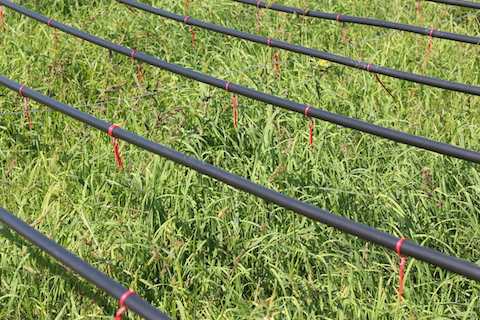 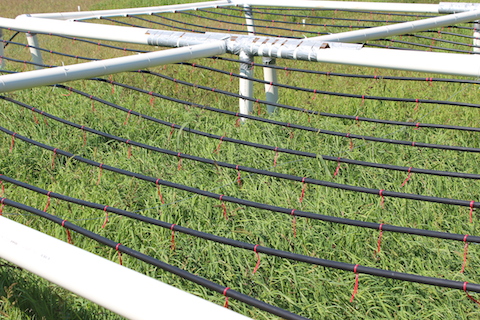 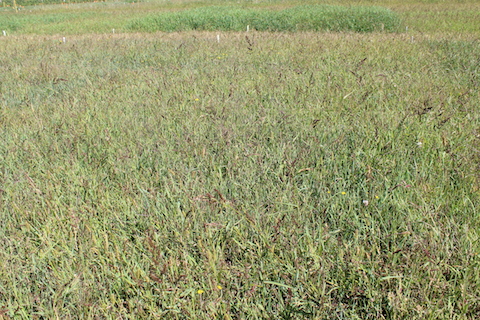 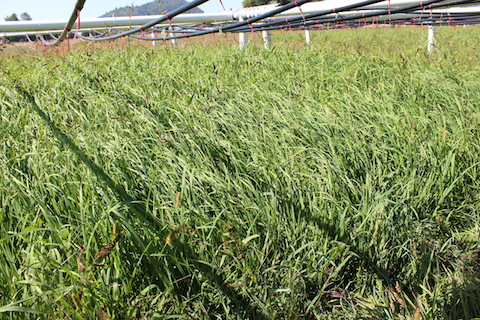 Looking underneath the irrigation pipes.

August 19, 2015 – Controllers allow timed irrigations. The tables have a fixed number of pressure-compensating emitters which emit water at a fixed rate. Thus water volumes applied to plots are easily estimated with irrigation times. 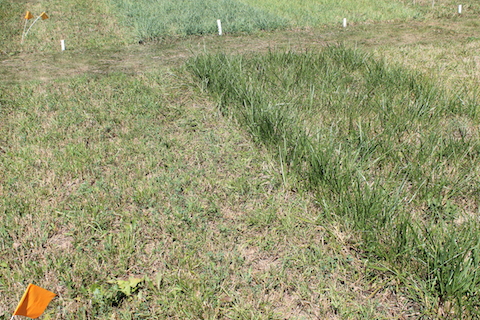 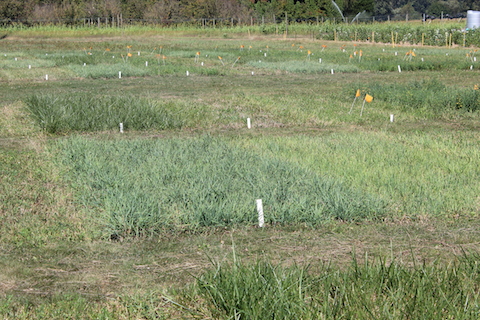 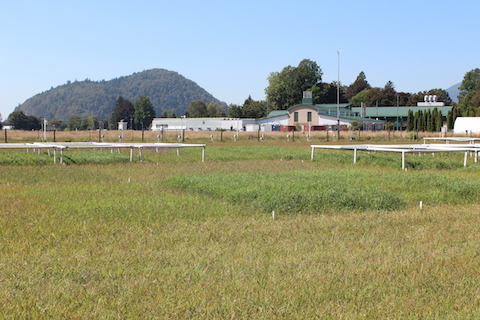 August 19, 2015 – Irrigation and fertilizer effects are obvious even at a distance. 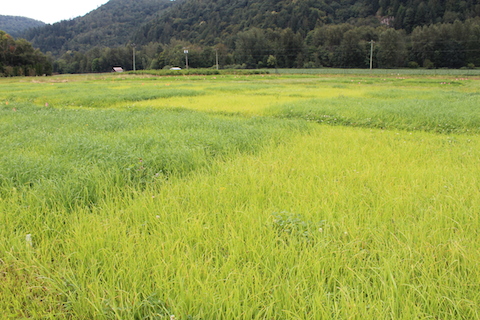 July 11, 2016 – Irrigation trial plots clearing showing fertilization effects. Irrigation tables have been removed to add tensiometers to the system. Irrigation has not yet started for 2016. 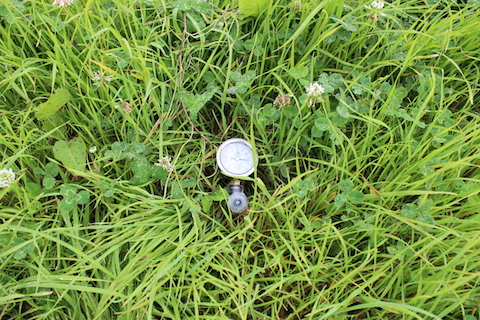 July 11, 2016 – Tensiometers are being set up in the plots. A tensiometer measures soil moisture. It measures the tension or suction that plants’ roots must exert to extracct water from the soil. This tension is a direct measure of the availablity of water to a plant.